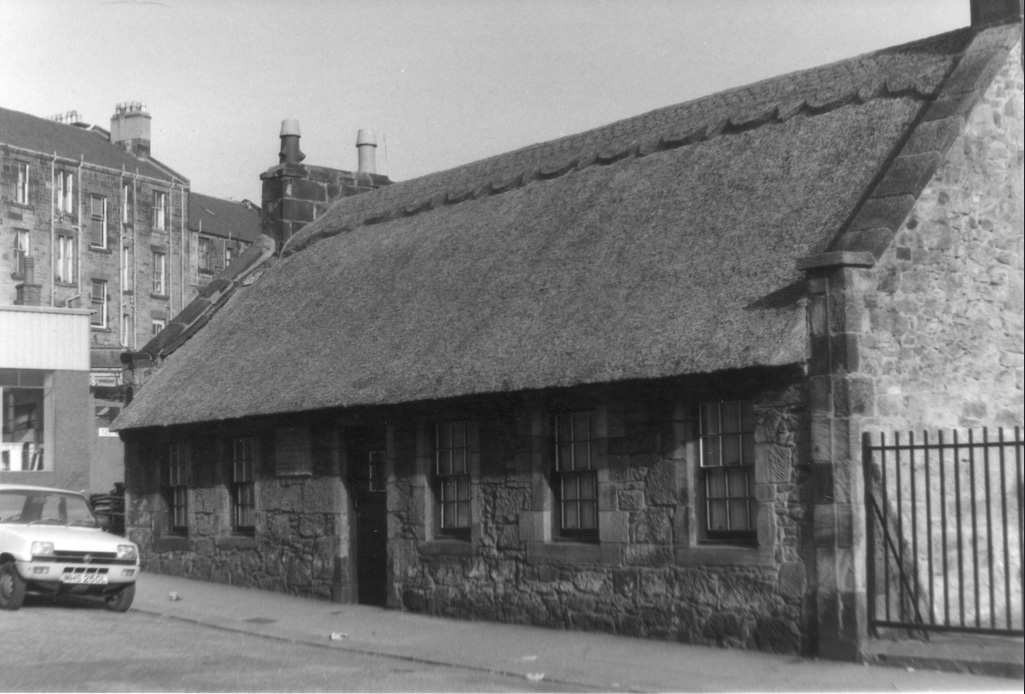 Tannahill Cottage in Queen Street Paisley was the Tannahills' family home. Robert Tannahill lived in the cottage till he died in 1810. In 1775, James Tannahill acquired Bailie Slater's steading in Queen Street, and erected upon it a one-storey thatched cottage, with a passage through the centre, the north side being occupied as a dwelling-house and the south side as a four-loom weaving shop. James Tannahill was a very accurate individual, and he kept an account of the whole cost of the building, which has been preserved in his memorandum or note pocketbook to the present day. The book was a precious relic of the Tannahills and is still in existence, carefully preserved by one of the daughters of James Tannahill, the immediate elder brother of the Poet. The handwriting of the father is even better than that of any of his sons. The building of the house was one of the important acts in the life of James Tannahill. The house was built at a cost of £60  16s /4d. 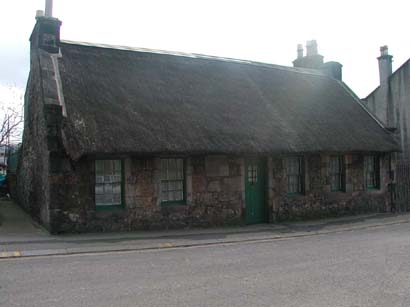 The cottage in the late 20th century

Sadly, during the night of June 6th, 2003, the cottage and its contents were destroyed by fire. The fire was thought to have been caused by an electrical fault. Fortunately, the resident caretaker and his family escaped unhurt. 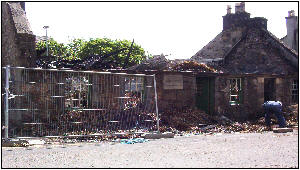 This is how the cottage looked on the morning of June 7th, 2003.

The cottage after restoration in 2005. Note that the roof is now slated, not thatched... a consequence of insurance considerations.

The cottage now has a fully functioning fire and burglar alarm system. 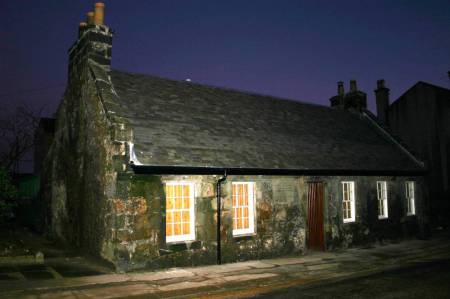 The cottage after restoration - 2005.

President David Aaron is in the chair with Secretary Jim Skinner alongside.

For more information on Tannahill Cottage see the News section of this website. 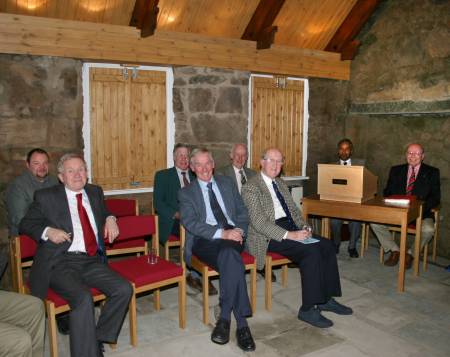 A club meeting in progress in the newly refurbished cottage.
Scroll to top